As one of the biggest states in the country, California has a lot to do and see. From beaches and museums, to theme parks and Hollywood glamour, these are some of the top California family reunion sites.

The average daily temperature in Southern California is 70 degrees year-round, making it ideal for outdoor activities.

Near downtown San Diego, Balboa Park has many attractions within its 1,200 acres, including a carousel, miniature railroad, public art, gardens and museums. Historical and architectural tours of the park are offered. The park’s world-famous San Diego Zoo is home to rare and endangered animals, including giant pandas. The zoo also has children’s shows with hands-on activities as well as bus and tram tours. San Diego Zoo’s Safari Park in Escondido provides even more interactive experiences with opportunities to pet goats, feed birds, watch animal shows and witness cheetahs run.

La Jolla is a popular area destination with its beaches, shopping and Torrey Pines State Park. Mt. Soledad is La Jolla’s highest point with a cross at its peak. Atop this mountain is a great birds-eye view of San Diego. Also in La Jolla is Birch Aquarium at Scripps Institution of Oceanography. You can touch tide-pool animals like starfish and tour exhibits featuring fish, whales and more.

LEGOLAND in Carlsbad is a theme park with an aquarium, a water park, rides, shows, shopping, dining and a hotel. At the water park there’s a “build-a-raft” activity using LEGO bricks.

Sunny Orange County is a popular vacation spot among families. With its numerous beaches and harbors, your family can enjoy boating, fishing, swimming and sunbathing. Theme parks and resorts are prominent throughout the county.

Take a break from the beach and visit Knott’s Berry Farm in Buena Park. It offers water rides and thrill rides. For those with weak stomachs, there are plenty of shopping and dining opportunities as well as live entertainment. From story tellers to Native American dancers, Knott’s Berry Farm has a lot to see.

Buena Park also has dinner shows such as Medieval Times and Pirates Dinner Adventure. Root for your favorite knight at the jousting dinner show or be a pirate on an adventure feast.

Disneyland Park and Disney’s California Adventure Park in Anaheim are great places for some exciting rides while visiting your favorite Disney characters. From the King Arthur Carousel to the California Screamin’ roller coaster, there are rides at all thrill levels. These parks also have a lot more than just rides, like the Pixar Play Parade in Disney’s California Adventure Park, fireworks, and live shows and music. Adults in the family will love the nightlife of the Downtown Disney District with food and live jazz music.

Also in Orange County is an amazing piece of architecture, the Crystal Cathedral. The Christian church was designed by Philip Johnson and completed in 1981, seating 2,736 people. It’s not enough to just see the outside of the reflective glass building; tours are held every Sunday to show the equally amazing interior.

Los Angeles welcomes family reunions with the famous Hollywood sign high on a cliff, letting you know you’re in a special place. The sign represents opportunity and dreams for some, but others come to enjoy the city for a nice vacation.

Follow in the footsteps of celebrities on a stroll down the Hollywood Walk of Fame. With more than 2,400 stars lining the sidewalk, your family is sure to see their favorite entertainer’s name in brass. With so many stars, if you’re looking for someone specific, make sure to look up the location of their name online beforehand.

After looking for celebrities in the city, visit Griffith Observatory to view some real stars. Up on the southern slope of Mount Hollywood in Griffith Park, the observatory offers a birds-eye view of Los Angeles. It has telescopes, free exhibits and a planetarium. Also in Griffith Park is the Autry National Center, one of America’s best Western history and art museums. It features a hands-on family gallery.

Get inside a movie adventure ride at Universal Studios Hollywood theme park in Universal City just north of Los Angeles. Rides include Shrek-4D, The Simpsons ride, Revenge of the Mummy and Jurassic Park. You can also ride roller coasters at Six Flags Magic Mountain in Valencia and its sister attraction Hurricane Harbor water park.

The Santa Monica Pier is full of attractions, along with food, shopping and a beach. A big solar-powered LED ferris wheel is the pier’s star landmark. Other rides include a carousel, roller coaster and swinging pirate ship. The pier also has an arcade and aquarium.

Built on 43 hills, San Francisco is a scenic destination surrounded on three sides by the Pacific Ocean and San Francisco Bay. Trolley tours and cable car rides are must-do activities while you’re in town. Not too far from San Francisco are Napa Valley Wine Country and whale watching in Monterey Bay.

Pier 39 is filled with attractions for the family. Walk through tunnels in the Aquarium of the Bay, play on over 10,000 square feet of the latest video games in the Riptide Arcade or get lost in Magowan’s infinite Mirror Maze. Pier 39 offers a variety of boat tours and opportunities to see whales and sea lions. You can also rent bikes to ride over the Golden Gate Bridge.

Fisherman’s Wharf is a popular attraction with dining, entertainment, shopping and tours. One boat tour takes you to Alcatraz Island. Surrounded by freezing waters, the island was a perfect place to hold prisoners. If they tried to escape, they would either turn back to be rescued from the water or would get tired and drown. Al Capone, George “Machine Gun” Kelly and Robert Stroud (“Birdman of Alcatraz”) are among the prison’s famous inmates. Day and night-time tours are available.

Golden Gate Bridge is not just a bridge for cars. You can walk or bike across it and stop for pictures and see exhibits at the Bridge Pavilion. Guided tours are given spring through fall.

Along with Broadway shows, San Francisco offers many forms of live entertainment. Tony and Tina’s Wedding is a comedy dinner show with audience participation. While playing the role of family and friends at the wedding ceremony, guests feast on a buffet and wedding cake and dance to live entertainment during the reception. The show travels, but performance locations include San Francisco and Los Angeles. You can enjoy live entertainment at the Palace of Fine Arts as well, but the building itself is worth a visit. Surrounded by a lagoon, the domed Palace was built for the 1915 Panama-Pacific Exposition, an event celebrating the completion of the Panama Canal.

Apart from the hustle and bustle of the cities, Northern and Southern California can be a relaxing and enjoyable location for your family reunion. With sandy beaches, museums, theme parks and live entertainment, there’s never a dull moment.

Affordable Family Fun All Around Arkansas 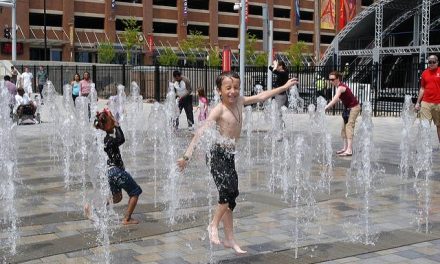 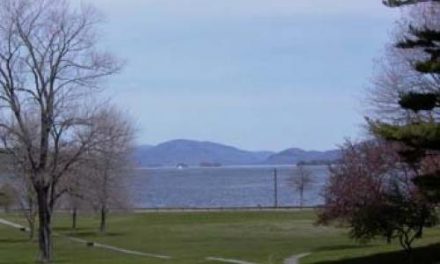 Things to Do in Lake George, New York for Your Summer Reunion 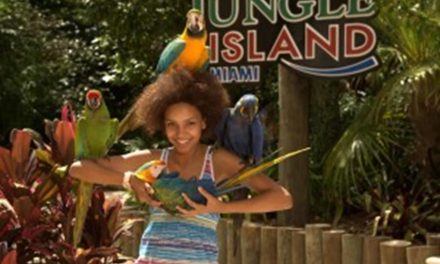