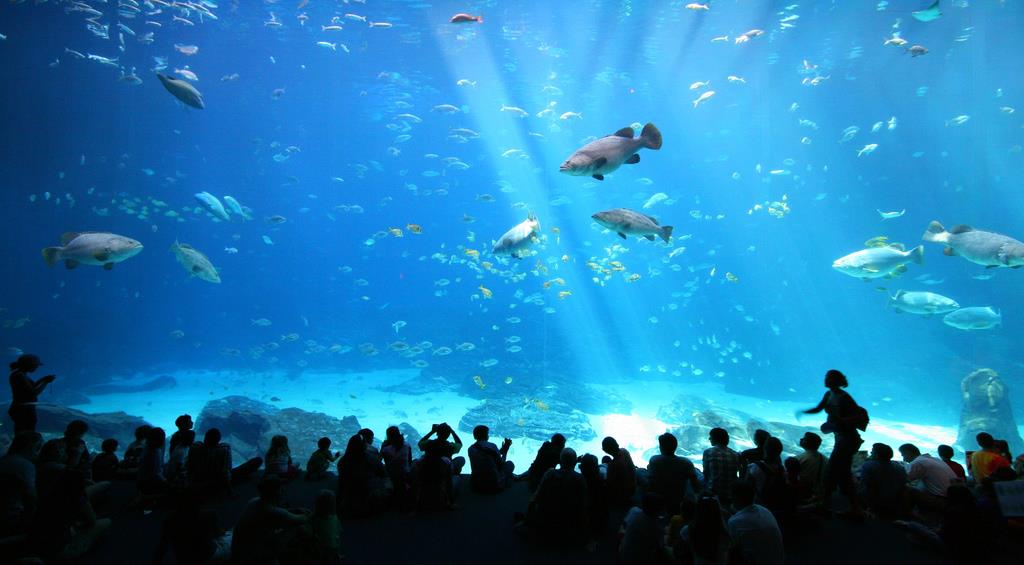 Reunion Ideas for the ATL

Atlanta ranks among the most-visited cities in the country, with over 35 million visitors coming through in an average year. It’s no wonder—Atlanta offers so much to do you may find yourself having to plan more than one reunion there just to get it all done.

The city’s most popular attraction is the Georgia Aquarium, the largest aquarium in the world. Its tanks hold over 10 million gallons of water and thousands of species. The largest exhibit, Ocean Voyager, holds manta rays and whale sharks that cannot be seen anywhere else in the Western Hemisphere. The aquarium recently added even more tank capacity for its newest arrivals, four bottlenose dolphins.

Atlanta is home to the headquarters of Fortune 500 companies, with none better known worldwide than soft drink maker Coca-Cola. See how Atlanta’s best-known product is made at the World of Coca-Cola, where artifacts from the company’s long history and an operational bottling plant are on display. After your tour of the factory, taste over 60 varieties of Coca-Cola from around the world in the beverage lounge. The kids can also get their picture taken with the huggable Coca-Cola Polar Bear.

A piece of Atlanta history not to be missed is the Martin Luther King Jr. National Historic Site. A 22-acre complex, the site encompasses two important buildings connected to the life of America’s most famous civil rights leader: his birthplace and Ebeneezer Baptist Church, where both King and his father pastored. The burial places of both Dr. King and his wife are located here, as well as the International Civil Rights Walk of Fame.

For a good day trip from the city, Stone Mountain can’t be equaled. The town’s namesake mountain features the largest bas-relief in the world, featuring carvings of Confederate leaders Robert E. Lee, Stonewall Jackson and Jefferson Davis stretching for acres on the side of the mountain. Hike the mountain, ride the scenic train or go on one of three family adventure courses at SkyHike. On select nights in the summer, witness the world’s largest laser show, displayed on the side of the mountain with a thrilling fireworks finale.

Younger members of your Atlanta family reunion might enjoy a day at LEGOLAND Discovery Center. You can go on an exciting quest to rescue the princess at Kingdom Quest and see Atlanta in miniature in Miniland. Of course, there are also plenty of opportunities to play and build with LEGO bricks.

The older kids and teens will probably prefer Six Flags Over Georgia in nearby Austell. It offers a variety of rides that appeal to all ages and levels of thrill-seeking, from the monster coaster Goliath to the more sedate family rides in Bugs Bunny World. The park markets to reunion groups and offers such perks as catering and the ability to skip the ticket line to get in.

24-Karat Reunions in the Golden Isles

Georgia’s Golden Isles are a collection of four barrier islands on the Atlantic Coast (St. Simons, Jekyll, Sea Island and Little St. Simons) and the mainland port of Brunswick. All of the islands are easily reachable from each other by road or ferry.

The main appeal, without a doubt, is the miles and miles of pristine beaches. If your family is looking for a place to kick back and enjoy some sun and sand, the Golden Isles offer family reunions numerous places to choose from. For those who want to get out on the water, fishing and water sports offer other ways to enjoy the Atlantic Ocean.

A unique beach experience is a nighttime turtle walk. Summer in the Golden Isles sees giant sea turtles come ashore and search for spots to bury their eggs. Tours are run that take you to the most likely spots to encounter such a majestic creature during its annual trip. 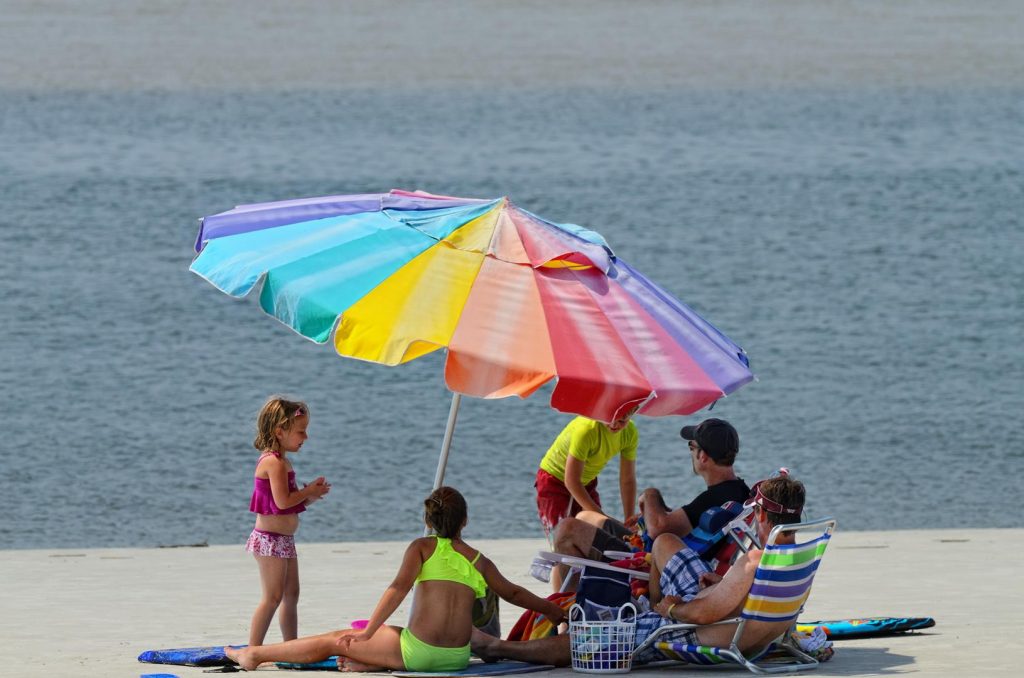 Golden Isles on the Atlantic Coast

The islands are not all beaches and relaxation, though. There are also many historical sites worth checking out. St. Simon’s, for example, is home to one of Georgia’s few surviving historic lighthouses. Other places worth visiting are the restored slave cabins on St. Simons and the Jekyll Island Club, which once included such names as Pulitzer and Astor on its very exclusive membership list.

Golfers might want to get out and play some of the 198 holes offered on the islands. Of special note is the Seaside course at Sea Island Golf Club, which hosts a PGA tour event every October.

A short distance away is Okefenokee National Wildlife Refuge. Home to alligators, otters and all kinds of birds, the swamp offers a plethora of things to see and do. Set out by water on a boat or canoe or go by land on a hiking trail or boardwalk. Try to snap a picture of the park’s wildlife, go hunting or fishing or go see restored houses of the “swampers” who once lived here.

History and Home Cooking in Savannah

Savannah predates Atlanta by over 100 years. As a result, those looking for a Georgia reunion rich with history and culture can’t do better than this coastal city.

A great way to get a first look at the city is by boat. Savannah Riverboat Cruises offers a variety of options in cruising. Take the basic narrated sightseeing tour of the city, or pick select one of many theme cruise options to enhance your experience. Gospel music and Civil War history are just some of the theme options available.

Savannah’s African-American community has a particularly rich history. The First African Baptist Church dates back to 1773, making it the oldest black church in America. The church also served as a station on the Underground Railroad as well as a meeting point for civil rights organizers. For visitors, there are guided tours and a small museum about the church’s history.

The Ralph Mark Gilbert Civil Rights Museum, named after a former pastor at First African, focuses on Savannah’s African-American heritage, as well as segregation and the Civil Rights movement. The exhibits are designed to be educational and interesting to visitors of all ages. 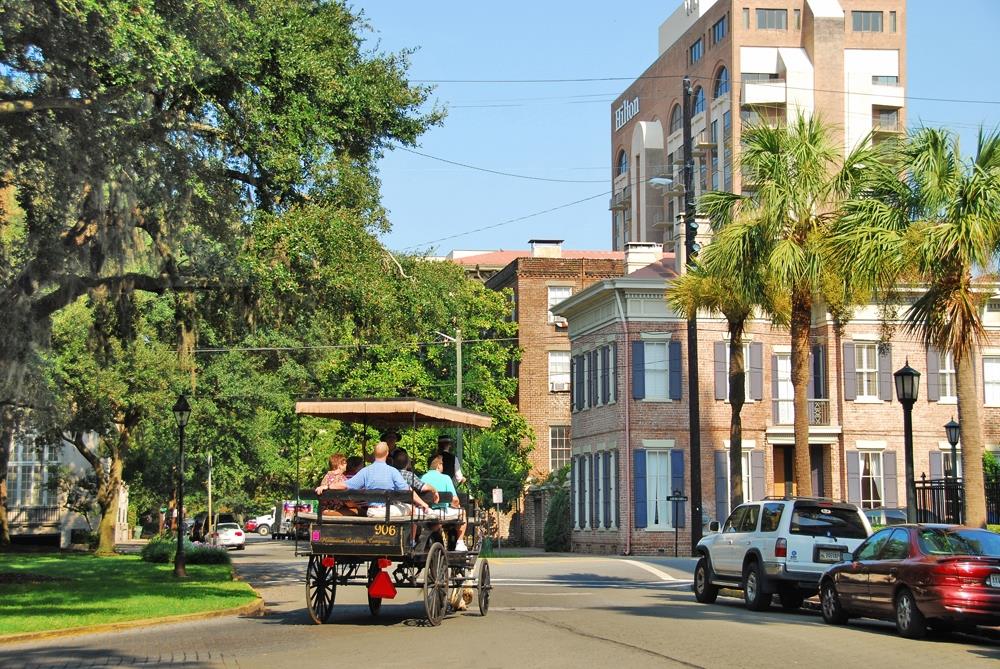 In nearby Pooler is the Mighty Eighth Air Force Museum, which chronicles the exploits of the men who fought in the skies of Europe during the Second World War. The museum has a number of restored planes from the era, including the B-17 Flying Fortress known as the “City of Savannah.” Other exhibits highlight life in prisoner of war camps and on the home front, including one on the role of the Girl Scouts in supporting the war effort.

The Telfair Museum of Art, the oldest museum in the South, is a great place to divide up by age so everyone finds something to enjoy. Adults can browse the works of the American Impressionists or contemporary artists while the kids have fun with a magnetic wall and build with architectural blocks in the ArtZeum.

If anyone in your Savannah family reunion group watches the Food Network or loves to cook, they will undoubtedly know the name Paula Deen. Old Savannah Tours runs tours of Paula’s Savannah, which features spots of interest related to the life of one of Savannah’s most famous daughters, as well as reservations at the restaurant she operates, The Lady and Sons. Even those who have never heard of her won’t object to stopping by for some nationally-recognized southern cooking.

Take the kids 15 minutes outside of downtown Savannah to the Oatland Island Wildlife Center. Aiming to be more than a zoo, the center features native species living in their natural habitats. Visitors walk on hiking trails to see the animals. Alligators, wolves and bald eagles are some of the highlights.

Perhaps you just want a day at the beach to let the kids build sandcastles while the adults soak up some sun. Tybee Island, located some 20 minutes outside the city, has miles of beaches as well as historic lighthouses and forts to explore.

Get Back to Nature in the Northeast Mountains

The Northeast Georgia Mountains region was once the site of one of the nation’s earliest gold rushes when the precious metal was discovered here in 1828. Though the miners left a long time ago, several mines are still open for visitors to see what life was like and try their hand at panning for gold themselves. Consolidated Gold Mines in Dahlonega offers tours of a mine and panning for both gold and gemstones. Special packages for large groups are available.

LanierWorld water park at Lake Lanier is the ideal place to cool off in the Northeast Mountains. The park has exciting waterslides and the state’s largest wave pool. There’s more than just water, though. You can also play some lakeside miniature golf or enjoy live music from a floating stage. 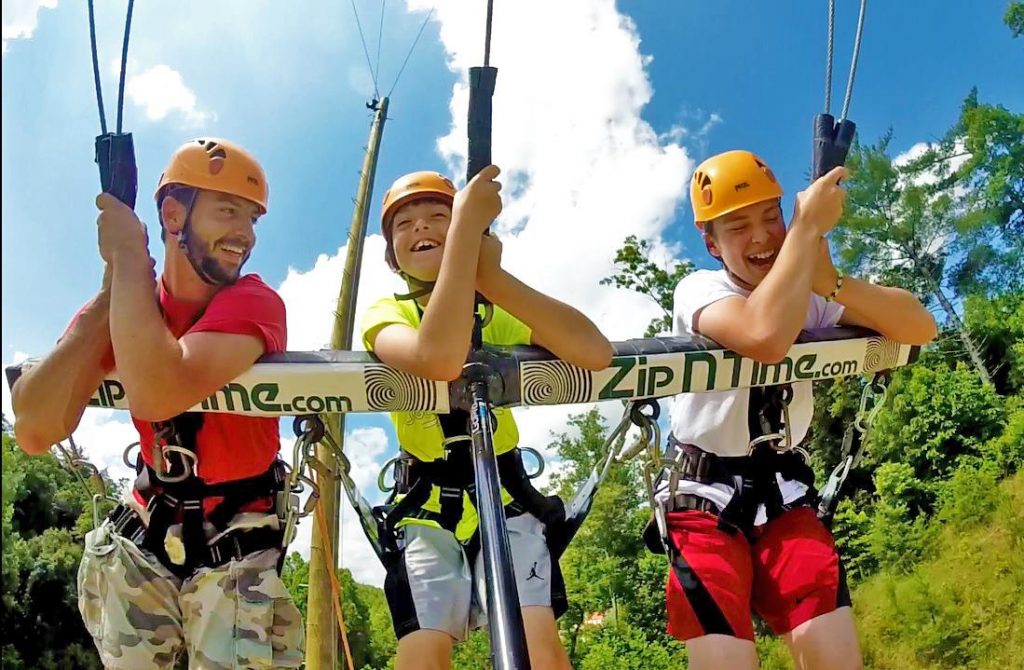 Thanks to its red clay hillsides, North Georgia is the center of the state’s wine industry. Older members of your group may want to go on a tour of some of the area’s many vineyards and then relax with a glass of some of the local product. Habersham Vineyards & Winery, located in Helen, is one of the largest and offers tastings seven days a week.

The kids will enjoy a trip to Gainesville, where the Interactive Neighborhood for Kids (INK) offers them plenty to do. The young ones can climb aboard a real 1927 fire truck or tour the insides of Buddy, the 60-foot long boy. While you’re in Gainesville, take a stroll through outer space by completing the Walking Tour of the Solar System, a set of scaled markers stretching over 1.8 miles from Gainesville Square to Longwood Park on Lake Lanier. 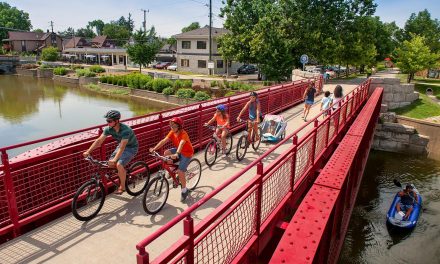 Four Great Ideas for Your Next Indiana Family Vacation 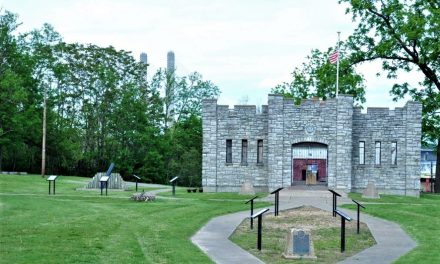 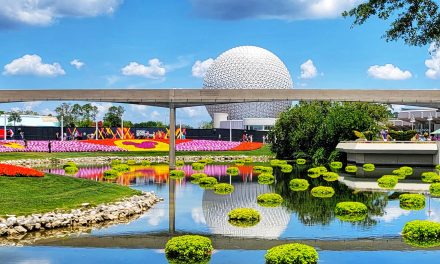 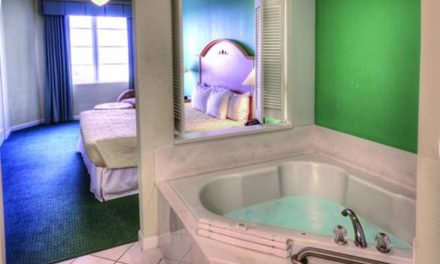