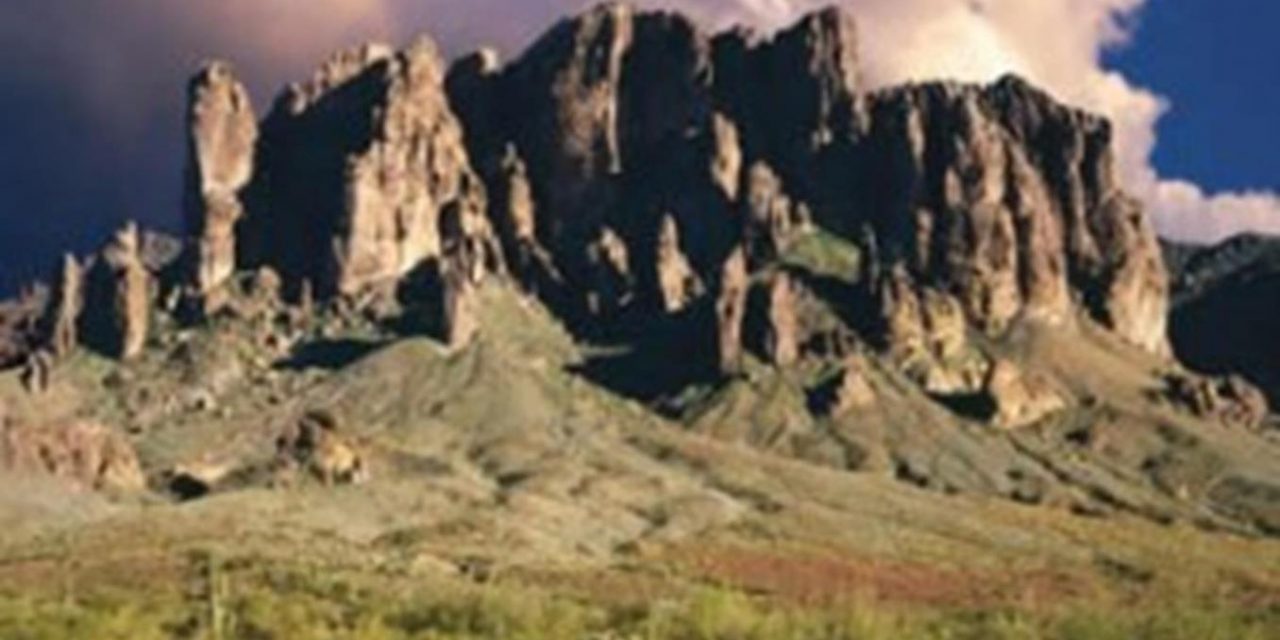 When you’re watching the sunrise over the Grand Canyon or strolling the dusty streets once walked by John Wayne, you’ll know you’re creating memories during your Arizona family reunions you will never forget.

“America’s Sunniest Metropolis” has more than merely sunshine to offer visitors. A wealth of museums and cultural attractions make Arizona’s capital an appealing destination for the reunion traveler.

The Heard Museum is one of the premier places in the world to experience Native American art and a must for Phoenix family reunions. Neither entirely an art museum nor a history museum, the Heard contains both artifacts and exhibits detailing the history of the native peoples of the Southwest as well as an extensive collection of both historical and contemporary Native American art. The museum also hosts periodic festivals related to native culture.

A great way to feel the spirit of the desert is with a trip to the Desert Botanical Garden, an outdoor attraction with over 50,000 arid plants from all of the world’s great deserts, including cacti and desert wildflowers. Families with children might enjoy visiting at night, when the Garden runs special family-oriented flashlight tours so visitors can experience what night in the desert is like.

Another attraction that embraces the Arizona desert is the Phoenix Zoo, America’s largest non-profit zoo. Stretching over 125 acres, the zoo has 1,300 animals visitors can see, mostly from the American Southwest and African savannah but also from a variety of other places. A recent addition was a stingray tank that lets visitors touch the rays.

The kids will also enjoy a trip to the Arizona Science Center, a museum built for the purpose of getting children excited about science. Here they can ride a bike suspended 15 feet in the air or learn about carpentry and electricity in the home construction exhibit. Over 300 hands-on exhibits are joined by an IMAX theater and a planetarium.

There is some debate as to whether Mesa is a suburb of Phoenix or a city in its own right. That debate, though, is irrelevant to your family reunion because what is not in dispute is that there is no shortage of fun things for the whole family to do in Mesa.

Enjoy a taste of the Old West (literally) at the Rockin’ R Ranch. Savor fresh, steaming Dutch oven biscuits as you decide whether to pan for gold, shoot a real Colt .45 or just wander the re-created mining town. Whatever you decide, close out your visit with the dinner show, which mixes delicious BBQ cooking with cowboy music, humor and maybe even a gunfight. Another fun dining experience is Organ Stop Pizza, a pizza parlor where an organist plays a large Wurlitzer pipe organ for patrons during their meal.

If you can’t get enough of the Old West, head outside the city to the aptly named abandoned mining town of Goldfield. Go on a tour of the once-productive Mammoth Mine or try your luck at panning for gold yourself. Other highlights include Arizona’s only narrow gage train and an hourly gun fight that breaks out in the street among the actors known as the Goldfield Gunfighters.

If you come during March, you can watch the Chicago Cubs, who make Mesa their spring training home. Cubs games are held at Hohokam Park. During the fall, the stadium is the home field of the Mesa Solar Sox minor league team.

Mesa is surrounded by natural beauty as well. Spend a day in Lost Dutchman State Park and see the fabled Superstition Mountains, reputed to hold a long-lost gold mine that claims the lives of those who reveal its location. Although you are unlikely to find any haunted mines, you will find excellent hiking. Some trails lead into Tonto National Forest, whose three million acres encompass both Saguaro-covered desert and pine-covered mountain.

Relax after your desert adventure by taking the family to Golfland/Sunsplash, a family entertainment complex that has three miniature golf courses, laser tag, a video arcade and bumper boats. That, of course, is not including the attached water park with its intense water slides and relaxing lazy river.

Tucson over the years has been a Native American settlement, a Spanish mission outpost and a rugged frontier town. All of these legacies have helped make Tucson appealing to family reunions, with a unique modern appeal with a wide range of cultural and natural attractions to offer.

Perhaps start out your visit in the same place Tucson started out itself: El Presidio Historical District. A self-guided walking tour takes you past buildings in a variety of styles that reflect the diverse cultural influences that have shaped modern Tucson from its origins as a Spanish frontier fort to the thriving urban center it is today.

The premier historical site in Tucson is the Mission of San Xavier del Bac. Constructed over 200 years ago to preach the Gospel to Native Americans, the mission is still used for its original purpose today, though it is also open to the public. Inside, appreciate the beautiful altar, murals and domes. There is also a museum detailing the history of the mission.

Experience history of an entirely different sort with a trip to Old Tucson Studios, a movie set originally constructed to shoot Westerns but later opened to the public. Visitors can see actors in period costumes, stunt demonstrations and staged gunfights. The occasional movie is even still filmed there.

The Arizona-Sonora Desert Museum is nominally a museum, but is really something more. Dedicated to the preservation and study of the region’s natural wildlife, the museum is also a zoo and a botanical garden that is 85% outdoors. Wander among the animals in their natural habitats or watch demonstrations of the hunting abilities of the museum’s birds of prey.

Outside the city, Saguaro National Park gets its name from a cactus that can grow to be 50 feet tall. Easily accessible from Tucson, the park is full of its namesake cactus, as well as rock formations with Native American petroglyphs. Extensive hiking trails are available, but be careful: the temperature regularly soars over 100˚F.

A lodging option your family might want to consider is staying at one of the numerous dude ranches in the area. Experience the scenic beauty and rustic charm of the Old West while enjoying modern amenities. The ranches offer a wide range of activities from the expected horseback riding and campfires to tennis and painting watercolors. White Stallion and Tanque Verde are two of the biggest ranches in the region.

Everyone has heard the real estate cliché about the importance of location. Perhaps no city proves this point better than Flagstaff. This rather quiet city was doubly blessed by a temperate climate unusual for Arizona and close proximity to some of the most stunning natural formations to be found not only in the state, but the world. For the family who loves to take in natural wonder, the Flagstaff area, as the gateway to the Grand Canyon family reunions is unsurpassed.

There is a reason that Arizona bills itself as the Grand Canyon State. Quite simply, Grand Canyon National Park is a natural spectacle unlike any other. One of the Seven Natural Wonders of the World, the canyon stretches for 277 miles at an average width of 10 miles across. Millions of years of erosion have revealed colorful rock layers stretching down thousands of feet to the Colorado River, which continues to erode the canyon today. Visitors can see the canyon at either the North or South Rims, with the southern one being the more developed but also the more crowded. Hiking and mule trips are two of the best ways to see the canyon and its diverse wildlife. A more unique one is to board the Grand Canyon Railway in Williams and see the South Rim from a historic railroad car.

The Grand Canyon may steal the spotlight, but there are other natural wonders in the Flagstaff vicinity as well. The Meteor Crater is also a spectacular natural site well within driving distance of Flagstaff. Roughly 550 feet deep and 2.4 miles across, the crater was formed when a meteor slammed into the Earth over 50,000 years ago. The site is often considered to be one of the most impressive craters in the world because of its size and lack of vegetation obscuring the view. Visitors can hike around the rim of the crater and see artifacts in the visitor’s center from the Apollo space missions, that once trained here because NASA deemed it a good stand-in for the lunar surface.
Another stunning natural feature is the fossilization found at Petrified Forest National Park. The park derives its name from the remarkable fossilized trees found throughout the park, formed when a unique set of natural circumstances caused the wood in the trees to gradually be replaced by silica and a variety of impurities. The result was rainbow-colored trees made entirely out of stone. There are more than just the trees in the park, though; the scenic Painted Desert and ancient Indian houses also make this trip worth your while. 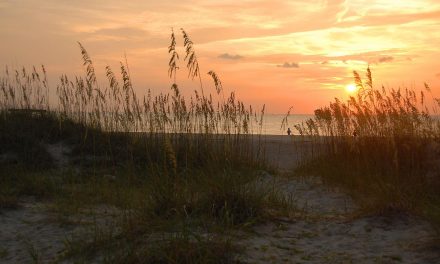 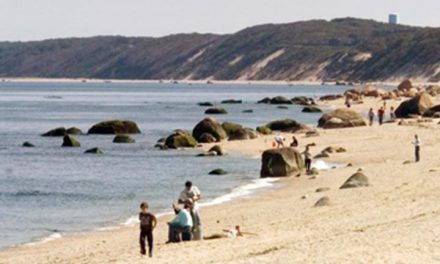 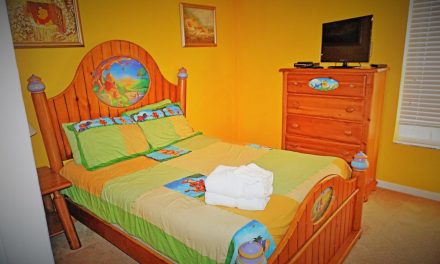 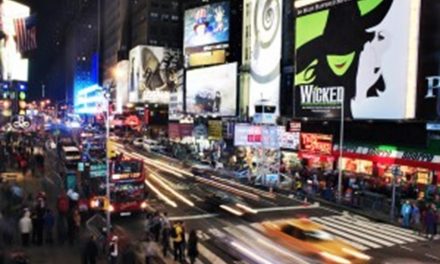