Activities for Family Reunions in Mississippi 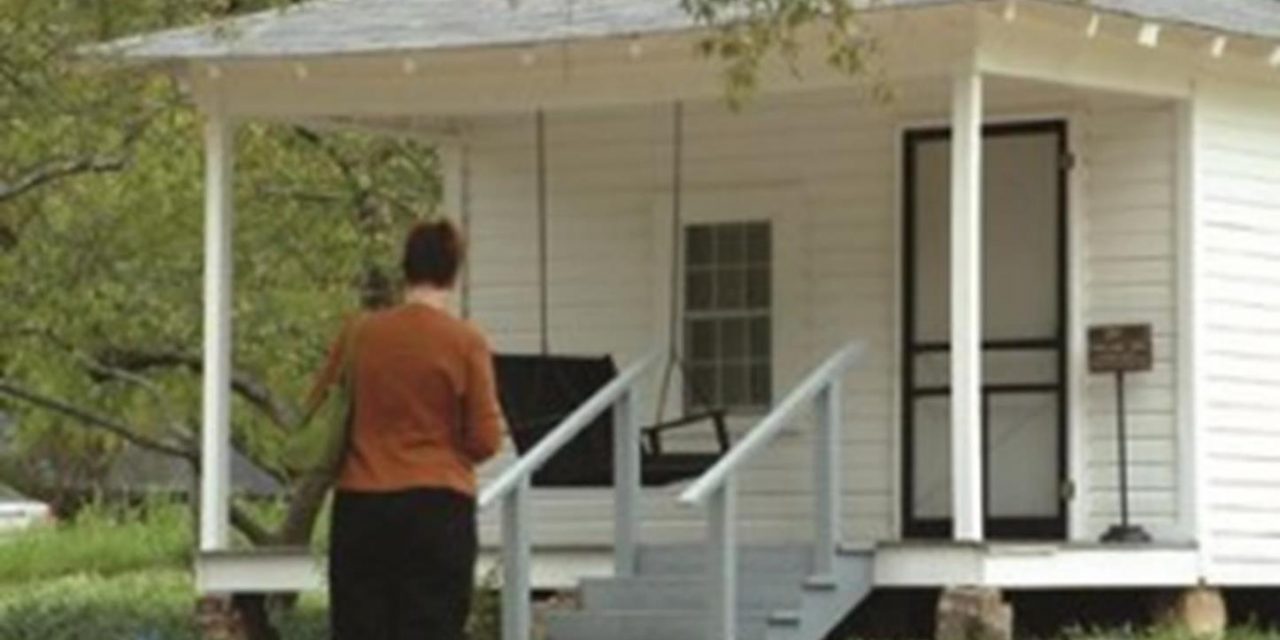 It is the proud birth state of many well-known authors like William Morris and John Grisham, and musicians such as Elvis Presley. Family reunions in Mississippi are sure to please.

The state capital was once known as “chimneyville” because back in the day it was set afire by Union forces and only chimneys were left standing. The official state capital is the third capital building built in the city of Jackson. The grounds of the capital building hold one of the 53 replicas of the original Liberty Bell and a statue erected in memory of the ladies, mothers, sisters, wives and daughters of the Confederate soldiers. Jackson is also the largest city in Mississippi and therefore has a big selection of hotels throughout providing at least more than 5,000 hotel rooms and suites to fit any family reunion.

Many family reunions visit the Mississippi Museum of Natural Science and watch a diver feed fish in the aquarium, or alligators in “the swamp.” The Discovery Room was designed especially for preschoolers, with story time and playing with the puppets. Outdoors there is a 300-acre natural area, and more than two miles of walking trails that lead past wetland ponds, wooded bluffs and native plantings. There is also a museum just for kids, The Mississippi Children’s Museum. This museum provides hands-on and engaging exhibits and programs focusing on literacy, the arts, science, health and nutrition.

At the Mississippi Agriculture and Forest Museum, museum guides will educate visitors of how the state was built on agriculture with interactive tours. The museum holds several exhibition centers, including the Heritage exhibit center, the National Agricultural Aviation Museum, Small-town Mississippi, and the Forestry Auditorium.

Bring your family reunion out for a sky show or a laser light concert at the Davis Planetarium. Shows often reproduce the night sky on a hemispheric screen that shows nearby stars and planets as they appeared when viewed from different locations on earth in different times throughout history.

Lastly, make rounds to the Eudora Welty House and garden which is a literary museum. Eudora Welty was a Pulitzer-prize winning author with international acclaim. She was an author of short stories and novels about the American South. Her novel, The Optimist’s Daughter won the Pulitzer-prize in 1973.

“You ain’t nothin but a hound dog cryin all the time, you ain’t never caught a rabbit and you ain’t no friend of mine!”

If these lyrics sound familiar then make this year’s family reunion Elvis-themed. Elvis Presley was born in Tupelo on January 8th, 1935. If you have Elvis fans in your gang, you might consider making a stop at the Tupelo Hardware Company where Mrs. Presley bought 10 year old Elvis his first guitar. Also in 1957 the city of Tupelo purchased the Elvis birthplace along with 15 acres of land. Today the house is part of the Elvis Presley Birthplace, a Mississippi historic landmark. It includes a museum and gift shop a statue of Elvis at age 13, A Mississippi Blues Trail marker in his honor, pathways that lead past a fountain and a wall that showcases stories told by friends and family members, and the small Assembly of God Pentecostal Church that Elvis and his family attended. A popular eatery and favorite of Elvis’ includes Johnnie’s Drive-In, which still serves the same menu from when Elvis would stop in for a cheeseburger and RC Cola.

The beauty of Tupelo is displayed through Tishomingo State Park. It is located in the foothills of the Appalachian Mountains. The Natchez Trace Parkway, the premier highway of the early 1800’s and a modern scenic parkway, runs through the park. The park holds unique massive rock formations and fern-filled crevices found no where else in Mississippi. A large swimming pool is also open from Memorial Day to Labor Day its facilities include a modern bathhouse, snack bar, playground, basketball court and a sports field. From the swimming pool families can hike two miles throughout hardwoods and mountain laurel to the 45-acre manmade Haynes Lake. Swimming isn’t allowed but a concessionary does rent canoes, rowboats, paddleboats and bicycles. This state park is great for outdoor reunion games.

Military reunions always include a visit the Tupelo National Battlefield, site of the July 1864 battle between the forces of Confederate General Nathan Bedford Forrest and Union General Andrew J. Smith. And, dads and grandpa’s will get geared up at the Tupelo Automobile Museum. Your tour begins with an 1886 Benz, and includes a Lincoln previously owned by Elvis Presley. The Museum shows 120,000 square feet of automobile displays.

Of course there are many other places to see and stay in Tupelo including the availability of at least 26 area hotels. Also one of the other great places to see in Tupelo is the Tupelo Buffalo Park and Zoo which offers guided trail rides and pony rides, perfect for the kids in your family reunion.

The Biloxi/Gulfport beach is the longest man-made beach in the U.S. at 26 miles. Here your family reunion members can stop at the beach where vendors rent jet skis, aqua cycles or even catamarans.

Biloxi and the Gulf Coast reunion locations are also famous for salt water fishing on charter boats. Most of the charter boats along the Mississippi Gulf Coast anchor in Biloxi at Point Cadet Marina and at the Small Craft Harbor next to the Hard Rock Casino.

The Sailfish which sails from Small Craft Harbor is recommended for its 70-minute shrimping excursion with Captain Brandy Moore or her husband, Captain Mike Moore. It’s perfect for families with children. Kids are educated about shrimp and adults learn how to transport shrimp home.

Visit the Gulf Island’s Water Park which is home to the Gulf Coast’s only water roller coaster. The Ship Island Wreck is a waterslide designed for toddlers. The Waveland Wave pool and the Lazy Pearl River are fun for the whole family. This water park has something for your reunion guests of all ages.

Plenty of nightlife awaits the adults of the family reunion. The Gulf Coast includes 12 casinos and more on the way. These casinos provide many things to do whether adults want to gamble, or dine in one of the many restaurants. The casinos also offer full-service spas, where visitors can be pampered or shop in one of their many gift shops. The Grand Biloxi Casino Hotel and Spa is especially in its prime. Included is a Total Rewards Casino featuring slots and table games and a 16,000 square-foot Bellissimo Spa & Salon with its full-service salon and fitness center. Other features include a heated outdoor swimming pool, hot tub and cabanas. There are also five restaurants.

This beautiful city has a hotel with conference facilities that will fit the needs of any family reunion whether it’s for five or 2,000 people, or for any time of the year.

The serene Mississippi River cruises draw in family reunions as they provide a narrative history about the river and its surroundings with sunset cruises available. River Boat Casino gambling is also a pleasure in Vicksburg. The Horizon Casino Vicksburg features gaming on its first two levels. The casino provides over 700 slot and video poker machines.

Including the casinos, Vicksburg has many historical sites that the whole family can enjoy. Visit Vicksburg National Park which includes the USS Cairo Museum, which was a Union ironclad that sunk during the Civil War, rose from the Yazoo River and was restored. This museum includes artifacts recovered from the Cairo and many other exhibits. The park also holds the Vicksburg National Cemetery. The cemetery is the nation’s largest burial site of Civil War Union soldiers and sailors.

Military reunion groups will love the Vicksburg Battlefield Museum. The museum makes it possible for visitors to walk through military and maritime history. The museum holds the largest collection of the nation’s “war between the state’s” gunboats. Visitors can see the Steamer Sprague, the Big Mama of the Mississippi. The museum also features the “They also fought” exhibit, which holds submarines, blockade runners, Confederate raiders, tinclads, ironclads and hospital ships which were also used during the Civil War. 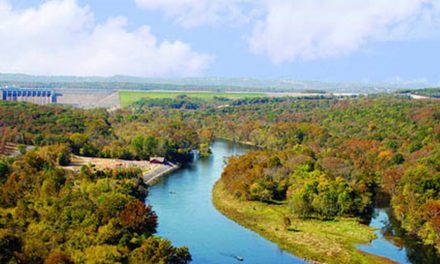 Any Time’s A Good Time for a Branson Family Reunion 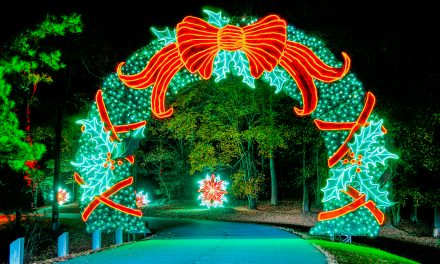 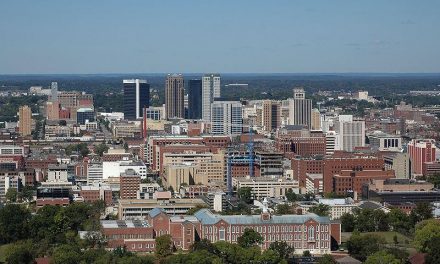 10 Dazzling Destinations for your Next Alabama Family Reunion